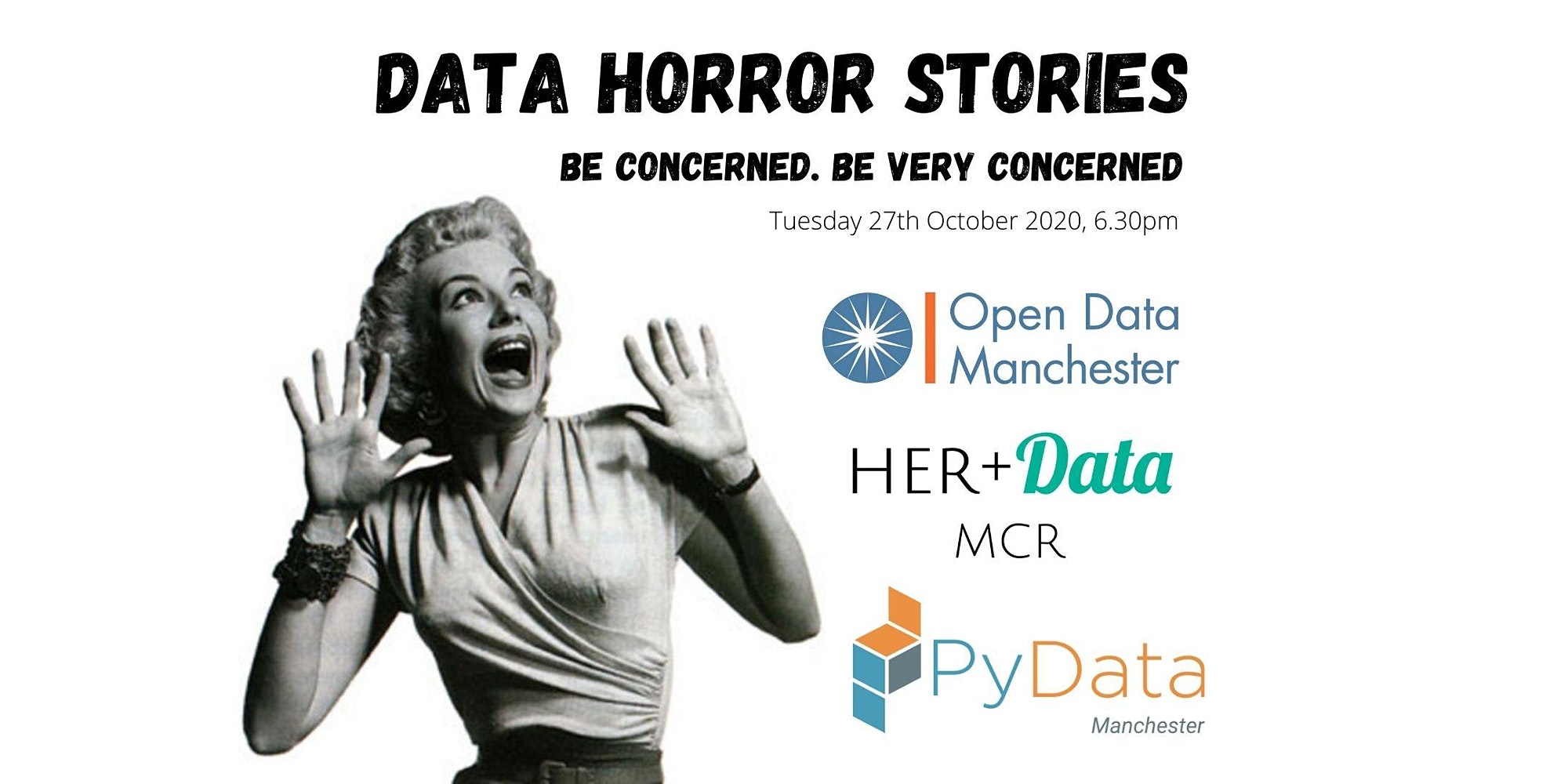 It’s that time of the year again, so we’ve teamed up with PyData Mcr and HER+Data MCR to bring you another night of DATA HORROR STORIES!

Do you have a tale of bad stats, strange correlations, malicious intent or plain stupidity? Join us and share your Data Horror Stories!

Toy Story 2’s production famously hit a snag after losing a couple of months worth of work due to an accidental and erroneous command being executed.

Data Horror Stories is a night for sharing YOUR scary data-based tales.

We have a number of 5minute slots available, so if you have a story or cautionary tale that you’d like to share, drop an email to samopendatamanchester.org.uk.

There’ll also be some quick-fire slots on the night.

Join us for a night of data-based cautionary tales and share your stories and experiences.

Open Data Manchester CIC is a not-for-profit formed from a diverse group of open data advocates in 2010 that supports organisations to release data and helps people use it.

HER+Data MCR is a community working to connect, inspire, support and empower the NW UK’s Women in Data! We meet on the 2nd Thursday of each month.

PyData MCR is the Manchester chapter of the International PyData Community. For Manchester based data people, to share and learn new things. All open data tooling welcome.

This event will take place via Zoom and will be streamed onto YouTube. After signing up, details on how to join will be shared nearer to the time of the event.

Drop us an email on samopendatamanchesterorg..