The Ethical Dilemma Café was back last month – and we were delighted to there in-person to be part of the event – at Feel Good Club in Manchester, part of MozFest 2022, on 26 and 27 April.

And, over two days, people came to explore installations, take part in workshops and listen to talks that explored how the use of our personal data can affect how we are represented in the digital world. People who came:

Open Data Manchester was there with our Happiness Index – where participants were asked to tell us how happy they were yesterday on a scale of 0-10 – and to place a corresponding lego brick on where they are happiest in the world. 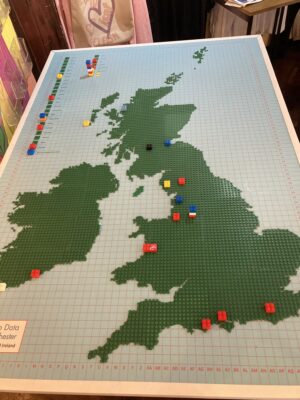 We also took down our Data Loom, where one of our team was weaving personal data into a piece of cloth. Those who came to speak to us were encouraged to work out what data we were recording (spoiler alert: it was people’s shoe colour). 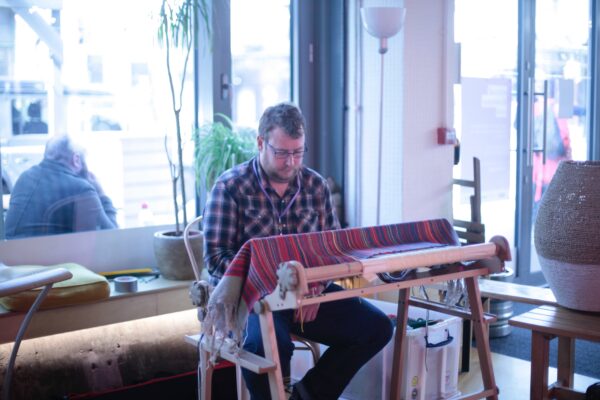 And we tried our a new speech-to-text programme, which listened into people, interpreted what they were saying and projected it onto the ceiling, as an example of a big intrusion into private conversations. 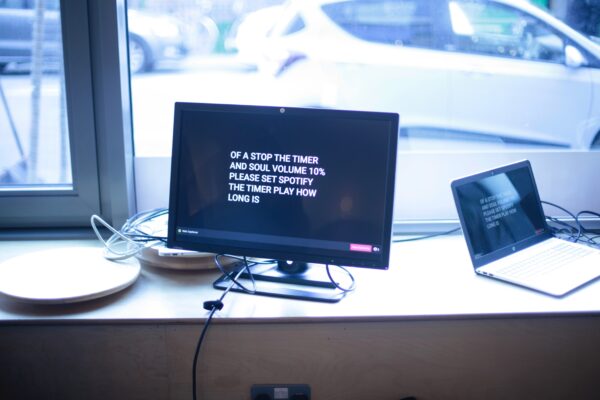 There were also a number of talks to head along to – the Information Commissioner’s Office shared what they’re doing to try to make the internet safer for children, while BBC R&D explained how they want to make ‘fake news’ and altered images a thing of the past. They were doing this through a kind of ‘digital fingerprinting’, where a code is bundled in with the image, so you can check its origin to see if it had been altered.

On the Tuesday evening, we hosted Open:Data:Night live for the first time since the COVID-19 pandemic began – and we were delighted to have such fantastic speakers sharing what they’d been up to since we last saw then in real life:

And, finally, here’s a wonderful video roundup of the Ethical Dilemma Café, done by Craig and Daniel at Digital Skills Education.

So… would you trade your personal data for free coffee?